Orton-Gillingham (OG) is an approach to teach reading, spelling, and writing with clear, straightforward instruction on the sound each letter of the alphabet makes and how those letters are combined to represent the sounds in printed text.

The main trouble for those with dyslexia is the sound-to-letter symbol connection. Dyslexics have a much harder time associating and memorizing the sounds of our language to printed, two-dimensional symbols such as the alphabet than non-dyslexics. Dyslexics need more straightforward, clear and detailed instruction on the relationship of spoken sounds to the written symbols than what is typically taught in school. 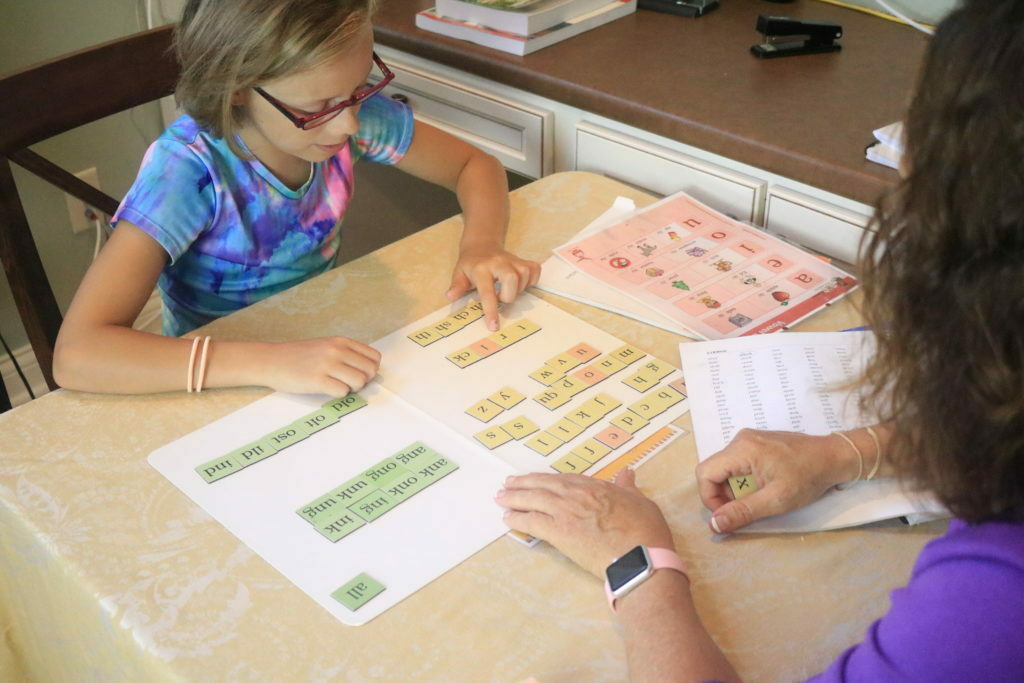 For non-dyslexics, we do not think much about this. But for many dyslexics, they pick up on these patterns subconsciously, and they need to know why and when to use a C, K or CK to represent the sound /k/.

Again, dyslexics don’t lack intelligence in any way. This subconscious pattern recognition of the inconsistency with how the /k/ sound is written in English demonstrates their intelligence. They just need more direct instruction on how spoken sounds and letters represent themselves in the English language.

So, the logic of the English language can get very confusing for dyslexics, UNLESS it is taught in a very Systematic, Cumulative (building up in complexity), and Multi-sensory way that is student-paced — meaning the student does not move forward until they have mastered the lesson and each skill is automatically done without prompting or correction.

AN EXAMPLE IS THE SOUND: /k/

The /k/ sound in English can be represented in printed-text four different ways:

CK usually occurs at the end of one-syllable words, right after a short vowel as in… sock, thick, luck

However, when the one-syllable word has a vowel followed by another consonant as in dark or thank the C is dropped, and the word ends in just a K, most of the time.